Why Business Partners Should Have a Buy/Sell Agreement 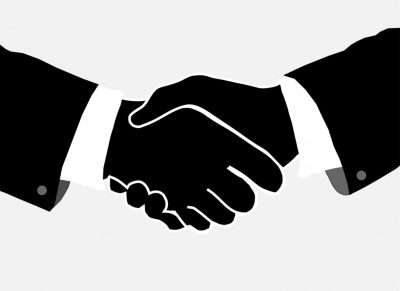 Joe and Bob were brothers and owned a feed mill together. They were successful and the business grew each year. Joe’s wife, Kathy, and Bob’s wife, Susan, were close. The two families often did holidays and other events together. Things were going well.

It was always their intention to pass ownership of the feed mill to their children. Joe and Kathy had two sons, each of whom expressed interest in running the business someday. Bob and Susan had a son and a daughter. While the son seems to have interests elsewhere, the daughter was likely to stay in the area and liked working at the mill. But nothing formal was ever put in writing.

Then, the unexpected happened. Bob discovered he had aggressive cancer. Treatment did not work, and Bob quickly passed away. It wasn’t long until Susan met somebody new. While Susan was quite happy with her new interest, David, Joe, and Kathy were not fans of him. The families got together less, but that didn’t stop Susan from marrying David.

Three months later, Susan was killed in an automobile accident. There were no formal documents in place regarding the ownership of the feed mill, so ownership passed to David. Now, Joe and David were business partners and they didn’t even like each other. Within a year, the business started to fail and they were forced to find a buyer, but because they were so eager to part ways and because sales had slipped for several months straight, the purchase price was much less than it would have been just a short time before.

This situation could have been avoided.

If Joe and Bob had taken the time to write and fund a buy/sell agreement, there could have been an orderly transition of ownership from one person to the next according to terms that Joe and Bob would have wanted.

The specifics on writing a good buy/sell agreement depend on the number of owners and the wishes of the owners, but the purpose of any buy/sell agreement is to articulate what should happen to a departing owner’s share of the business at the time of separation.

Funding for situations where an owner unexpectedly passes away or becomes disabled can be funded by insurance policies. These policies would ensure that the other owners would have immediate access to cash to potentially buy out a spouse in the event of death or to create an income stream in the event of a disability.

Often, business owners are busy building and running their business and trying to plan for these types of events can seem to be a waste of time, but ignoring these possibilities leaves the business and the owners exposed to risks that could ruin the long-term viability of their operations.

Whether it’s a feed mill, a farm, a pizza shop, or a law office, partners in a business should have a buy/sell agreement. Questions? I’d be happy to help get you some answers.