Is an annuity right for you? 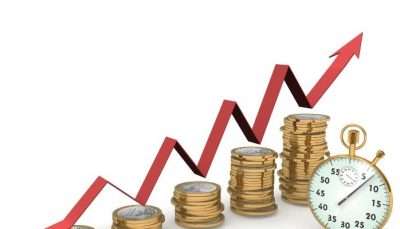 There is much debate about whether or not individuals preparing for retirement should purchase annuities as a piece of their retirement puzzle. Before determining the usefulness of an annuity for you, make sure you are clear on what an annuity is and what its important components are.

What is an annuity?

Who are the important people in an annuity contract?

There are three important people with regard to an annuity contract. The first is the owner. The owner is the one who is (likely) the payer, the one who is funding the annuity contract with cash. Next is the annuitant, who is the individual who will receive the payments for the life of the contract or the life of the individual. It is very common for the owner and the annuitant to be the same person. The other important person is the beneficiary. In many annuity contracts, there are stipulations that the funds left in the policy will go to a third party (spouse, child, charity) if the annuitant/owner were to pass away.

What are the advantages to an annuity?

Tax-deferred growth: Funds contributed to an annuity contract will not be taxed until withdrawn. At the time of withdrawing, the original funds contributed will not be taxed. You will only be taxed on the gains.
Capital preservation: Funds contributed to an annuity contract are, in many cases, protected against large downturns in the market- downturns that can thwart retirement plans.
No caps on contributions: Unlike IRAs and other retirement vehicles, there are no caps on how much cash you put into an annuity. If you are someone who is already maximizing their contributions to other retirement accounts or are trying to “catch up” with saving money close to your retirement age, annuities can help.

What are the disadvantages to an annuity?

Limits on growth: The trade-off to ensuring capital preservation is that annuity contracts do not earn as much interest as other investments do in a good market.
Fees: Many annuities involve fees that will limit growth, especially in a market where there is stagnant growth.
Surrender charges: Many annuities are designed to spread the payments out over several years to a couple of decades. If you need to recover the funds ahead of schedule, you could face surrender charges that would inhibit taking the money back.

Should I Consider Getting an Annuity?

Annuities come in many shapes and sizes. In general, if you are near retirement age and guaranteed income for life and/or capital preservation are important to you, then an annuity may make sense. Annuities should always be considered as one piece of the retirement puzzle, in addition to (not in place of) your pension, 401(k), 403(b), social security, and other investments. They provide a great way to ensure capital preservation and can be a very impressive supplement to your retirement.