Planning to Transition the Farm 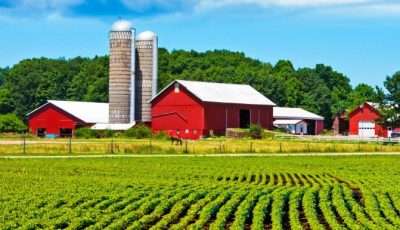 In the United States, family farms account for about 98% of farms. Additionally, these farms produce about 85% of the nation’s agricultural output. Many of these farms have been in the family for decades, for generations. They are, without question, the foundation for our nation’s food supply and beyond.

However, a USDA study in 2012 found that 89% of these family farms do not have a succession plan in place and about 70% of the farms were likely to change hands in the next couple of decades. The average age of a farmer in the United States today is 57.

The reasons for the lack of succession plans vary, but one thing is certain: without a solid plan in place when the time comes to transfer the farm from one generation to the next, the farm is more likely to be absorbed by a larger farm or to be used for non-farming purposes than it is to continue as family-run farm.

A good succession plan also involves an honest discussion among family members and the inclusion of trusted advisers to help review and prepare insurances, trusts, and other financial goals.

Many might say, “yeah, we need to do that, but we can get to it later.” The process to complete a good succession plan can take quite some time and the longer the process is delayed, the longer the farm is exposed to risks that can destroy any plans that may be in the works. Further, recommendations for the plan might need to be implemented over several years for financial or practical reasons. The longer the implementation is delayed, the more difficult it becomes to ensure that the entire plan will be implemented.

If your farm is among the 89% without a transition plan, now is the time to start the discussion.