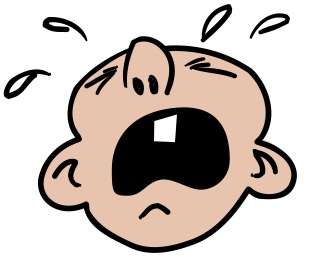 Insurance coverage is all about risk, but the biggest risks, and the hardest to predict, are from natural and man-made disasters. How do insurance companies handle catastrophic insurance losses?

According to Property Claim Services, a catastrophe is “an event that causes $25 million or more in insured property losses and affects a significant number of property/casualty policyholders and insurers.”

There are, of course, insurance carriers, known as reinsurers, who specialize in covering catastrophic losses. Insurance companies have to pay the price for the peace of mind that they will be able to sustain catastrophic losses that might either wipe them out of affecting them so severely that it would take years to rebound from claims paid. Smaller property and casualty insurance carriers who cover commercial buildings and homes in a limited geographic area where river flooding or tornados, for example, damage a significant percentage of their insured properties, are the most vulnerable.

The premise of reinsurance is spreading the risk among multiple insurance companies, limiting the total losses by sharing the load so to speak. Agents who represent the carriers, both in-house and independent, would also take a financial hit. In the case of an independent agency, that hit would depend on how many policies they sold of a carrier that sustained catastrophic losses in a disaster event. You may also purchase what is known as catastrophe insurance through agents representing certain insurers. Such might be the case in Tornado Alley, for example, or in parts of California where earthquakes are a constant threat. Like buying flood insurance in areas prone to flooding, it won’t come cheaply.

Reinsurers basically cover the losses of other insurance companies and tend to be low-key in terms of marketing themselves. Since they are dealing with other insurers, they have no need to advertise their services to consumers. One of those companies in the business of taking these catastrophic risks is Munich Re, which is international and headquartered in Germany with its U.S. operation in Princeton, NJ.

What were the most costly types of losses of the $23.8 billion attributed to natural disasters in the United States last year, according to the Insurance Information Institute?

Surprisingly, severe thunderstorms were way out in front with 60 percent, or $14 billion in insured losses in 2016, while flooding losses totaled $4.3 billion. Trailing far behind were winter storms/cold waves and wildfires/heat waves/and droughts, both at $1 billion.